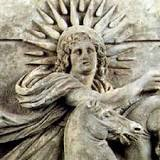 Meditation is such an important part of my life since becoming a Spiritual Healer and I thought it would be good to share some thoughts on the subject.  I meditate daily and during this time will send out Absent Healing to my clients and family and friends.  Meditation is about mindfulness, quietening the mind and letting yourself just ‘be’.  Sounds easy, but this does take some practice, and having meditated for years, there are times when my mind is too chatty or my body too fidgety, but with a little perseverance and concentration on my breathing, I can relax quite easily.  It is essential that you have peace and quiet for meditation, so pick a time and spot where you will not be disturbed or have the worry of time constraints.  I usually sit upright, otherwise it’s too easy to fall asleep (although this does happen to me on occasion) – be comfortable and concentrate on relaxing off all your muscles.  Breathe slowly in through your nose and out through your mouth – it helps to have a rhythm for you breathing; it will be different for everyone, but count as you inhale, hold for a second, then exhale slowly.  Your out breath should be slightly longer than your in breath.  Place your hands on your stomach to make sure your stomach is rising and falling and not just your chest, this ensures you are breathing properly.  As babies, we breathe with our stomachs, but as we get older, we get lazy with our breathing and it becomes shallow.  Studies have shown that in normal circumstances, we only use 60% of our lung capacity.  If your mind starts to wander (and this is normal), just acknowledge the thought and then let it drift away.  Keep taking your mind back to your breathing.  With each breath, you should start to feel more and more relaxed.  At first you may only be able to manage a short meditation, but even 5 minutes is surprisingly beneficial as you have still relaxed your mind and body for this time.

During this time of mindfulness and meditation, you will start to recognise the reactions in your body and sounds and sensations happening around you.  Feel the gentle breath passing your nostrils as you inhale, is it warm or cool?  When you exhale, be aware of the breath passing the lips, how does this feel?  Notice what is going on with your body;  be conscious of the floor or chair that you are sitting on; does your body feel straight or are you aware that you are slightly leaning to one side?  Listen to the sounds around you as you relax into your meditation: what can you hear?  Birds, distant cars, the wind?  You’ll be surprised at what you notice that you usually just ignore – perhaps a plane passing over, a dog barking in the distance.  Use all your senses: sight (what is in your mind’s eye?), sound, touch, hearing and smell.  It is most important to notice how you feel, are feelings of anger or frustration entering your mind?  If this is the case, note where you feel this sensation, in your tummy, your heart, your throat?  Try to breathe into these areas, taking in positive light and love and breathe out all negativity. When we practice mindfulness and meditation regularly, we become more and more in tune with our bodies.  In future blogs, I will cover meditation in more detail and talk about guided meditation.

As you explore your meditation and mindfulness, I wish you all peace; and may you be surrounded with love and light and wellbeing.